Everyone who has a pet thinks at some point that their feline/canine friend is, well … crazy. From poop in the shoes to chewed up pillows our furry buddies can sometimes cause us to react with confusion, anger, and frustration. 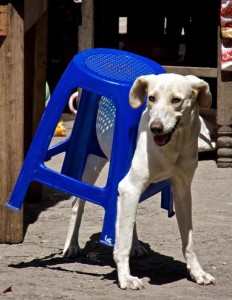 Maybe you’ve had or heard about a pet cat on Prozac, or a dog that doesn’t quite seem like itself in the weeks following the death of another animal in the home. On the one hand, it’s hard not to question whether there is some owner-projection or anthropomorphism happening here. But on the other, as the BBC reports, some scientists are starting to seriously investigate the inner lives of animals, including potential signs of mental illness.

Some researchers have argued that there are observable behaviors in animals that look a lot like the behaviors in humans with certain mental illnesses: There are pet birds that pluck out their own feathers, dogs that won’t quit licking their tails or paws, and bonobos that pull out their own hair. Some military dogs that have been in combat may even show signs of PTSD, such as a dramatic change in temperament. 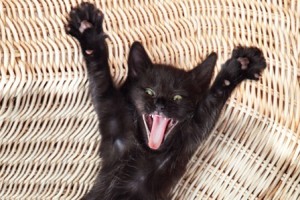