We’re told studies have proven that drugs like heroin and cocaine instantly hook a user. But it isn’t that simple – little-known experiments over 30 years ago tell a very different tale.

Drugs are scary. The words “heroin” and “cocaine” make people flinch. It’s not just the associations with crime and harmful health effects, but also the notion that these substances can undermine the identities of those who take them. One try, we’re told, is enough to get us hooked. This, it would seem, is confirmed by animal experiments. 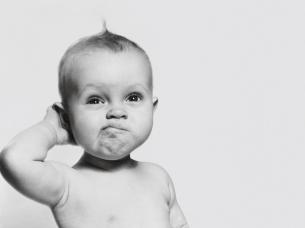 Many studies have shown rats and monkeys will neglect food and drink in favour of pressing levers to obtain morphine (the lab form of heroin). With the right experimental set up, some rats will self-administer drugs until they die. At first glance it looks like a simple case of the laboratory animals losing control of their actions to the drugs they need. It’s easy to see in this a frightening scientific fable about the power of these drugs to rob us of our free will.

But there is more to the real scientific story, even if it isn’t widely talked about. The results of a set of little-known experiments carried out more than 30 years ago paint a very different picture, and illustrate how easy it is for neuroscience to be twisted to pander to popular anxieties. The vital missing evidence is a series of studies carried out in the late 1970s in what has become known as “Rat Park”. Canadian psychologist Bruce Alexander, at the Simon Fraser University in British Columbia, Canada, suspected that the preference of rats to morphine over water in previous experiments might be affected by their housing conditions.

To test his hypothesis he built an enclosure measuring 95 square feet (8.8 square metres) for a colony of rats of both sexes. Not only was this around 200 times the area of standard rodent cages, but Rat Park had decorated walls, running wheels and nesting areas. Inhabitants had access to a plentiful supply of food, perhaps most importantly the rats lived in it together.

Rats are smart, social creatures. Living in a small cage on their own is a form of sensory deprivation. Rat Park was what neuroscientists would call an enriched environment, or – if you prefer to look at it this way – a non-deprived one. In Alexander’s tests, rats reared in cages drank as much as 20 times more morphine than those brought up in Rat Park.

Inhabitants of Rat Park could be induced to drink more of the morphine if it was mixed with sugar, but a control experiment suggested that this was because they liked the sugar, rather than because the sugar allowed them to ignore the bitter taste of the morphine long enough to get addicted. When naloxone, which blocks the effects of morphine, was added to the morphine-sugar mix, the rats’ consumption didn’t drop. In fact, their consumption increased, suggesting they were actively trying to avoid the effects of morphine, but would put up with it in order to get sugar.

The results are catastrophic for the simplistic idea that one use of a drug inevitably hooks the user by rewiring their brain. When Alexander’s rats were given something better to do than sit in a bare cage they turned their noses up at morphine because they preferred playing with their friends and exploring their surroundings to getting high.

Further support for his emphasis on living conditions came from another set of tests his team carried out in which rats brought up in ordinary cages were forced to consume morphine for 57 days in a row. If anything should create the conditions for chemical rewiring of their brains, this should be it. But once these rats were moved to Rat Park they chose water over morphine when given the choice, although they did exhibit some minor withdrawal symptoms.

You can read more about Rat Park in the original scientific report. A good summary is in this comic by Stuart McMillen. The results aren’t widely cited in the scientific literature, and the studies were discontinued after a few years because they couldn’t attract funding. There have been criticisms of the study’s design and the few attempts that have been made to replicate the results have been mixed.

Nonetheless the research does demonstrate that the standard “exposure model” of addiction is woefully incomplete. It takes far more than the simple experience of a drug – even drugs as powerful as cocaine and heroin – to make you an addict. The alternatives you have to drug use, which will be influenced by your social and physical environment, play important roles as well as the brute pleasure delivered via the chemical assault on your reward circuits

It suggests that even addictions can be thought of using the same theories we use to think about other choices, there isn’t a special exception for drug-related choices. Rat Park also suggests that when stories about the effects of drugs on the brain are promoted to the neglect of the discussion of the personal and social contexts of addiction, science is servicing our collective anxieties rather than informing us