Posted by RichardB | Filed under My Photos

My neighbor’s name is Jack. He only has the one name, like Sting, or Madonna. He’s a bit hairy and tends to shout at the most unusual things. In the winter Jack tends to shout a lot. At first glance it looks like Jack is shouting at the snow, which I guess is not really that unusual in New Hampshire. If we don’t get enough we tend to complain that it’s not winter and when we get to much there is fist shaking and … well, shouting. 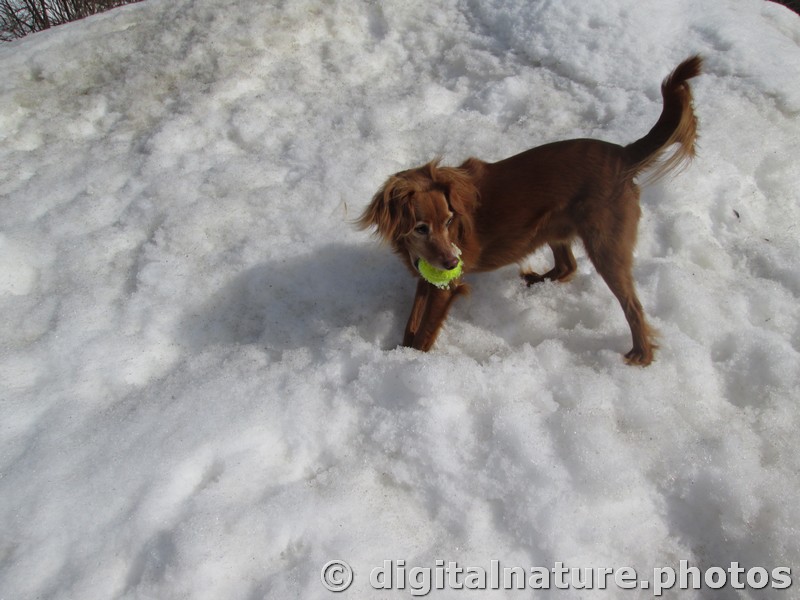 Jack is the kind of fellow, short, petite, a bit wiry, who likes nothing better than running littler things to ground. Squirrels, chip monks, mice, but especially green tennis balls. Actually they only look like tennis balls, they are really imitation little animals. 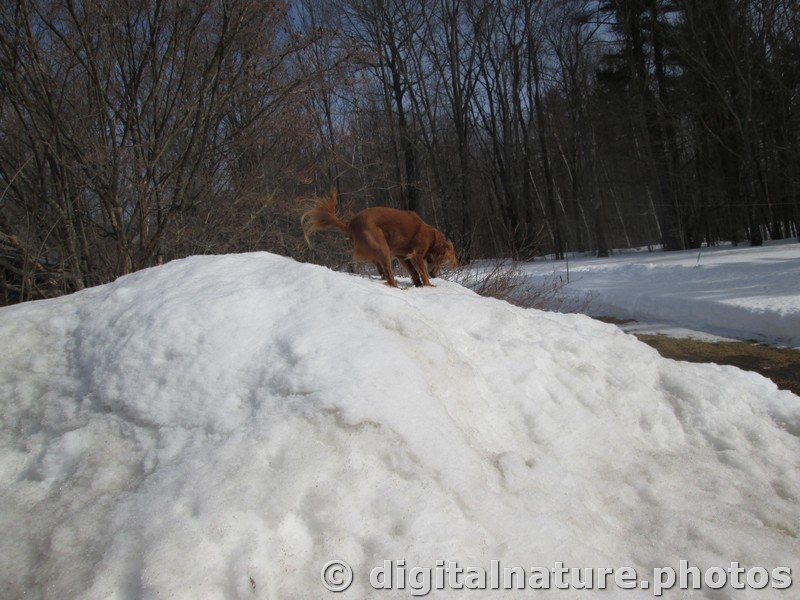 Pushing the ball down

When the snow is piled high, Jack has discovered that he can have hours of fun by playing in the snow with his ball. He runs up the mound of snow with a ball in his mouth, he drops the ball, revs up a bit and pushes it down with both feet. Then, with a shout or two, he furiously digs it out, grabbing it with his mouth, moves over a bit and repeats.

Shouting at that darn ball

When Jack shouts at the snow, or as everyone else calls it “barking”, he is just having the time of his life. 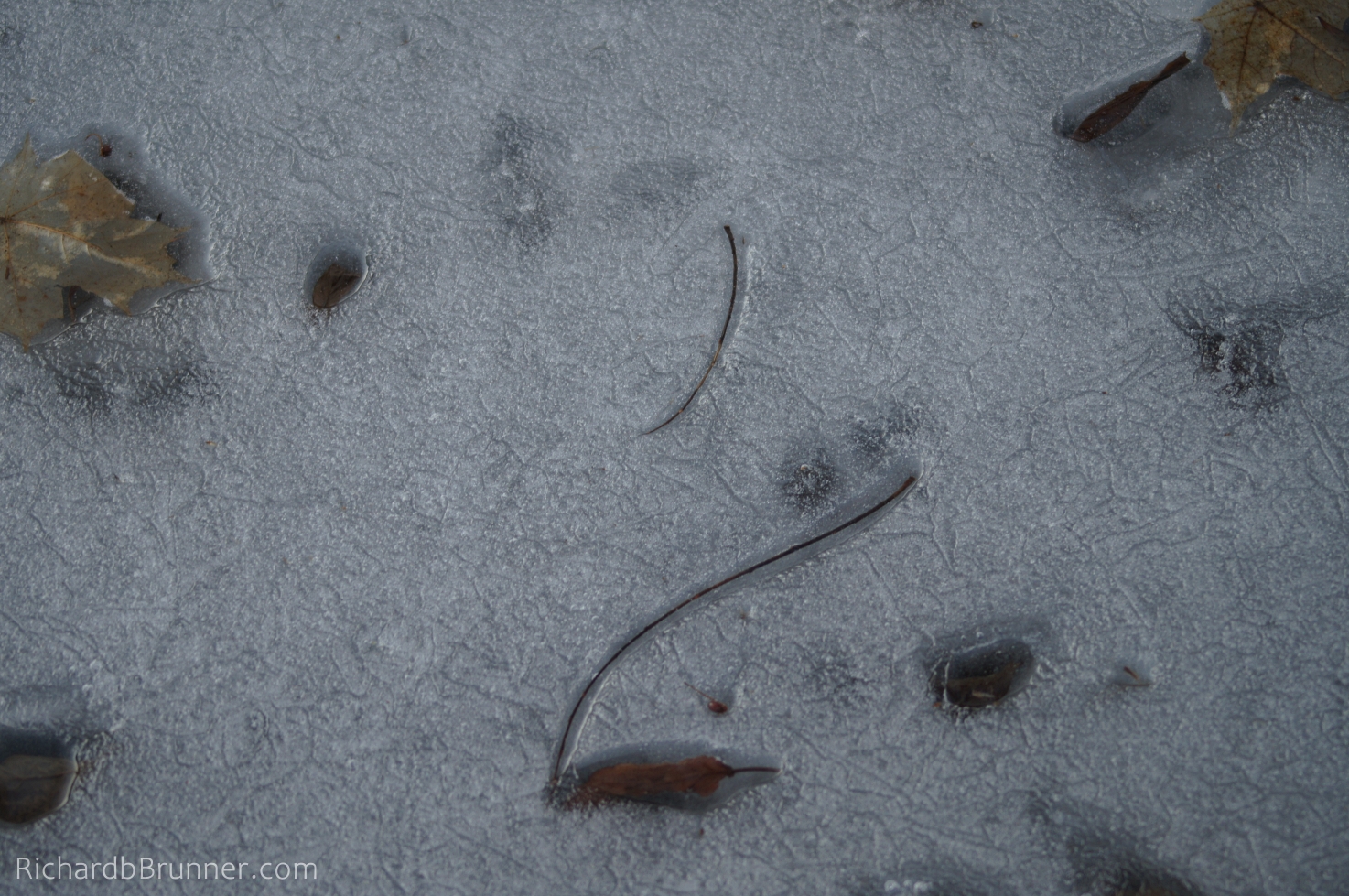 Posted by RichardB | Filed under My Photos 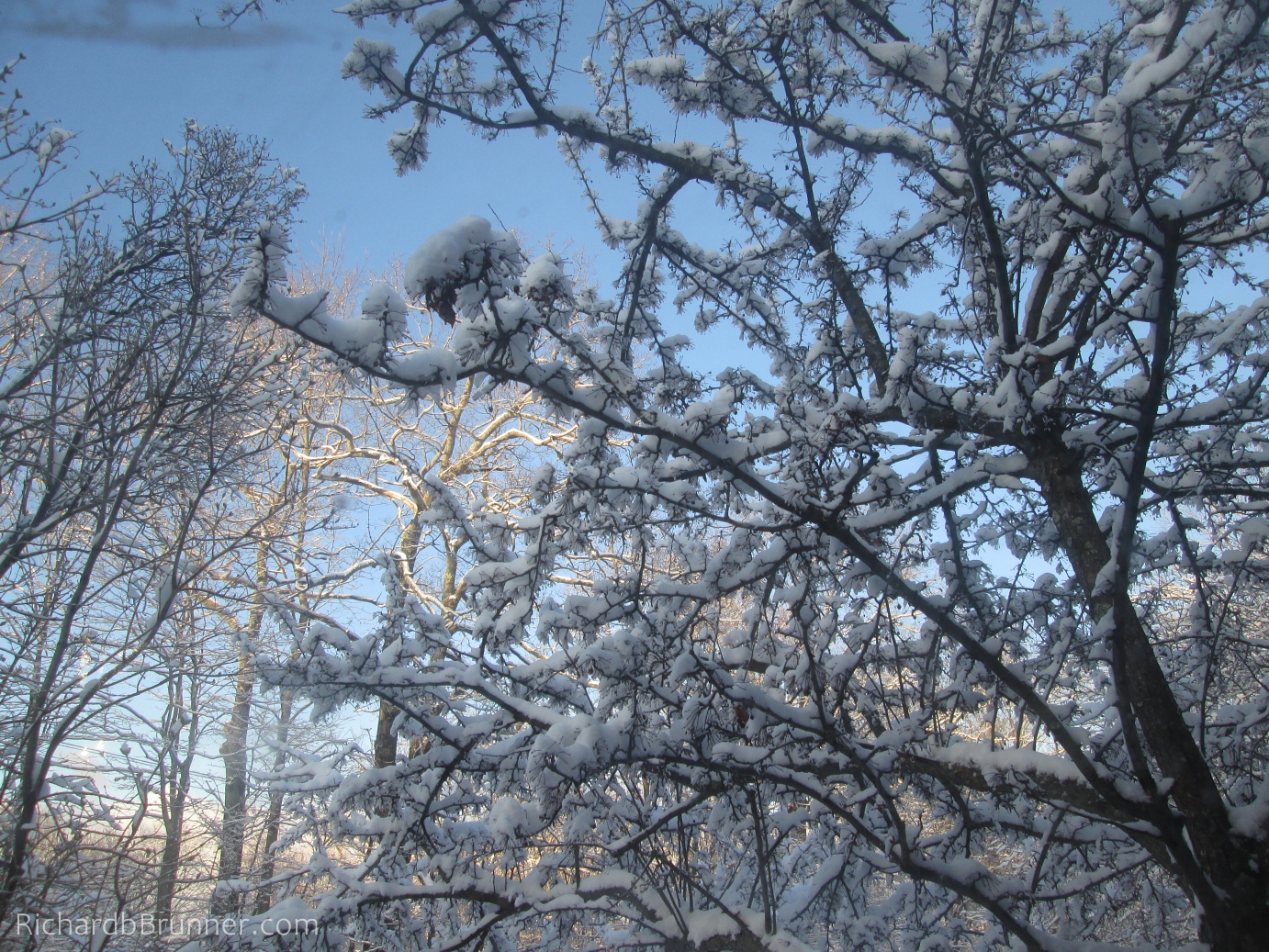 Posted by RichardB | Filed under My Photos, snow

Heading down the road
When I moved to New England I had not a lot. Than I got a lot. (First 2 photos.) Now after 10 months of mostly giving away I am down to a few bins. (Last photo.) I really only need two of those bins. Winter clothes, cause it's really cold here, and art supplies and a few books.
Drums for sale. I travel a lot through VT, NH, W.MA, upper NY, southest PA, and can drop off. Comment if you are interest.
#Vermont #mushroom
Fort Dunmer State Park VT
My temporary neighbor Loki the Dog